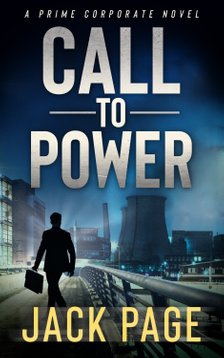 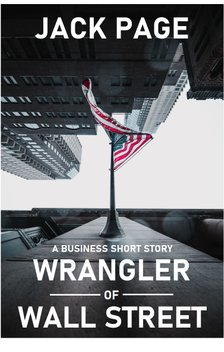 How far would you go to protect the jobs of those who depend on you? A young manager in the Rust Belt thought he knew.

A Pittsburgh-based manufacturing goliath is teetering at the verge of collapse: The board is a tinderbox, the CEO weak, and four thousand jobs are to be offshored to India. Amidst the chaos, the shadow ruler Collin Bentbar schemes to topple the CEO. But when the young power-crazed, yet principled Paul Cromwell joins the ailing colossus, an unlikely antagonist emerges. Only then does the real flood of boardroom intrigues, conspiracies, and business scandals wash over the company. Whether it is the devious operations director, the majority shareholder of tsarist arrogance, or the labor unions – for their personal gain they will even go to society’s darkest corners. Personal hatred drives the directors farther than any career ambition ever could. And the young Cromwell himself hallucinates into reality a war against his nemesis in the board. Might it spiral out of control and plunge Cromwell into moral amnesia?

CALL TO POWER is a fast-paced commercial thriller with plot-twists and strong characters. Dive into a riveting story about managerial responsibility in a world terrified by the job-eating maw of technology and Asia’s rise to the globe’s factory.

A young hotshot at a Manhattan investment bank is summoned to a meeting he knows will be his last. But the dynamics of the talk take an unexpected turn. And a dark secret is revealed.

Paul Cromwell is on the fast track to join Wall Street’s highest echelons. The young manager is closing one big deal after the other and already eyes his next promotion. Yet his boss and former mentor has different plans. To him, Cromwell has turned into an uncontrollable gunslinger that endangers his own career aspirations. On top, his former protégé’s hate of hierarchy has bred revulsion between the two men for four long years. There is no alternative: Cromwell is to be axed.

In a suspense-filled last meeting the young man demonstrates the skills that have fueled his meteoric rise. Turn by turn he bends the balance of power, divides his attackers against each other, and threatens to reveal a dark secret from the days leading up to the financial crisis.

But his boss is not going down without a fight either. Can Cromwell keep alive his aspirations in the world of big capital?

WRANGLER OF WALL STREET is a riveting financial thriller, a short story about New York’s high finance and the clash of big egos. Read what happens when unabashed career aspirations and personal enmity outmatch the hunger for profits. GET IT FOR FREE BY SIGNING UP BELOW!

Register here to download Wrangler of Wall Street for free in multiple formats!

The download link will appear below the sing-up button.